Is It Finally Time to Switch to Windows 10? You Don’t Want to Miss These Features 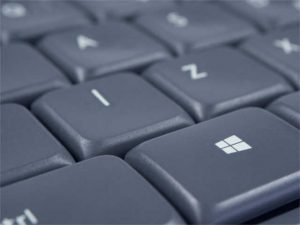 Windows 10 has been around for two years now. If you haven’t switched over yet, you’ve unfortunately missed the free Windows 10 upgrade (unless you say you use assistive technologies). You’ll find however, that Windows 10 is full of awesome features you don’t want to miss. Chances are, your computer repair technician is using Windows 10 on their own computer. The computer repair shop probably is too.  You'll be disappointed if you're relying on Windows Media Center, it's been dropped from the most current version of Windows. Otherwise, you’re going to love Windows 10. So, what makes Windows 10 so special?

Pick Up the Speed

Not just startup, but all of Windows 10 is faster than its predecessors.  The boost in speed starts with windows 8 and 8.1 You can even see videos of Windows 8.1 and Windows 10 starting up faster than Mac OS X. When compared to Windows 7 and older versions, Windows 10 leaves the older ones in the dust. And, while you’ll only really notice this if you’re a gamer, DirectX12 is a huge improvement for game developers. Once installed, this new speed could help keep your computer repair technician away.

The Start Menu is Back and Better than Ever

Funny enough, if you follow PC history, you’ll know that when the Start Menu first rolled out in Windows 95, the tech community thought it was silly and useless. When Windows 8 rolled out without the iconic menu, tech-oriented people yelled loudly to bring it back. Now, you’ll get the best start menu yet. A fully searchable start menu with an expanded live tiles section helps you navigate your computer easily, even if you’re not a computer repair technician.

Cortana is the Personal Assistant You Don’t Have to Pay

One of the greatest things about new technology is how easy it is to use. You won’t find anything easier than talking to your computer. You can say “Hey Cortana, play Music” or “Hey Cortana, take a note”, but that’s just the beginning. Cortana can create reminders that will show up on any of your devices running Cortana, which will eventually include Android and iPhone too. Cortana does so much more than that, like keeping track of your interests to show you your favorite team’s scores, the weather in your area, or even your traffic conditions.

Touch Screen Has Been Improved Greatly

You might be reading this on a touchscreen right now. So many devices have started using touch screens, from your smartphone to your car’s navigation. Your PC is no different. You’re probably not going to use a touchscreen on your computer all the time, but on Windows 10, you’ll find it useful.

You've probably gotten used to the notification systems we see on our phones. Now on Windows, you’ve got the action center. When you get notifications, they’ll be saved somewhere for you to review them, rather than just disappear forever. Your Action Center will show you all kinds of information, like messages from your apps, to calendar notifications like an appointment with your computer repair technician.

Windows 10 is More Secure than Ever

If you want to upgrade your computer, the computer repair technicians at PC Fixer Computer and Laptop Repair can do anything you need. From an operating system upgrade to hardware upgrades, you’re in good hands at PC Fixer. Call (310) 751-6555 or book an appointment right now to see how PC Fixer can help you.

View all posts by: Robert Portillo